Posted at 14:14h in Specimen of the month by verso 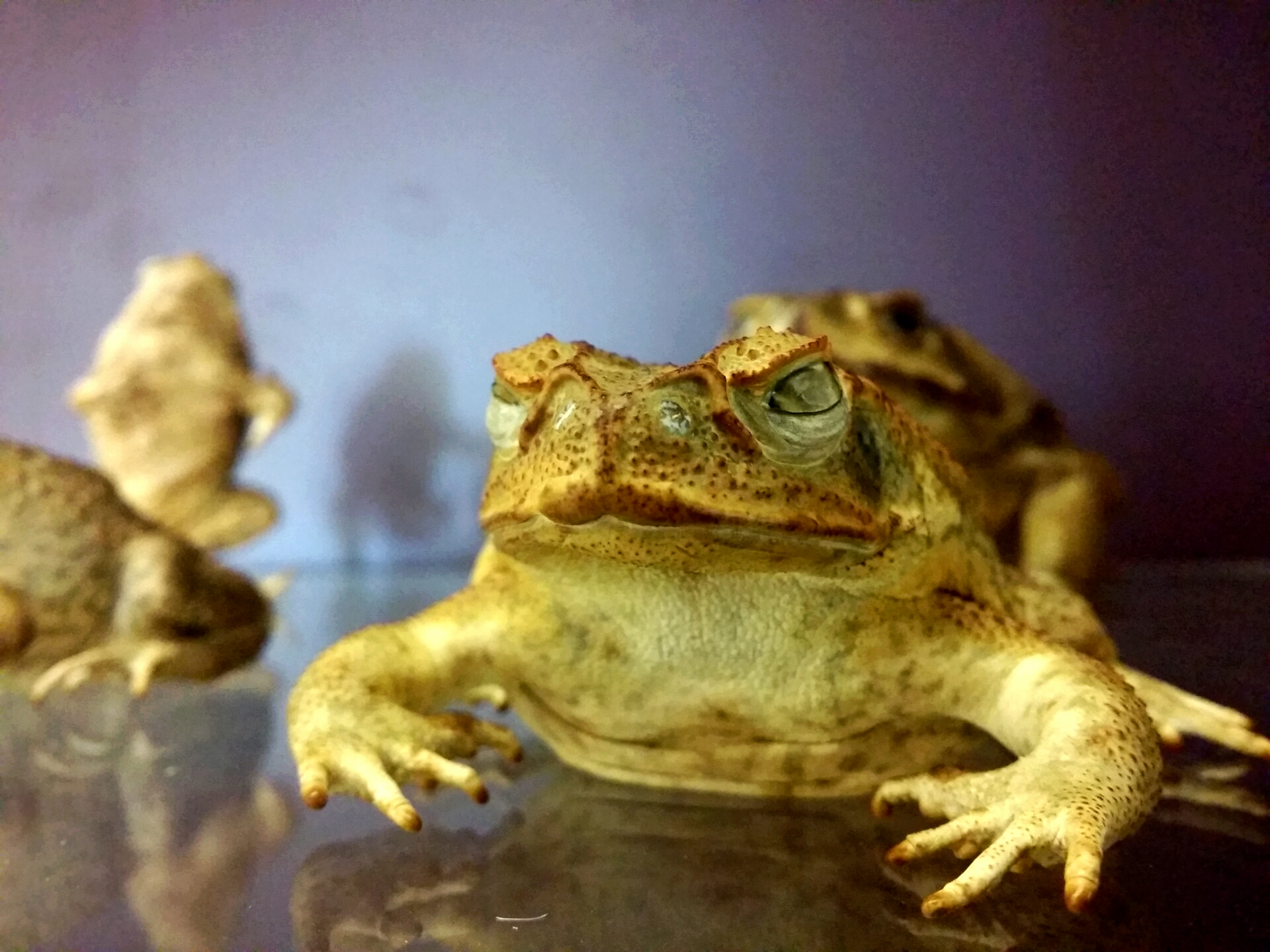 The cane toad (Rhinella marina) is a large species of toad originally from South America, but now found throughout the Pacific, the Caribbean and tropical areas of north-eastern New South Wales, Queensland and across northern Australia. Cane toads famously have poison glands that exude a powerful toxin known as bufotoxin that can cause death in a wide range of animals, including humans. Cane toads were intentionally introduced to control cane beetles in sugar cane districts, a strategy that failed miserably, and led to its widespread invasion. The animal continues to increase its Australian range to this day.

Some Australian animals have learnt to eat cane toads safely by avoiding the poison glands; water rats and crows flip them over and eat the intestines, while tawny frogmouths apparently eat them whole without ill effect.

Recent research has shown that toads are rapidly evolving at the invasion front to have larger heads, bigger bodies, but also longer legs to make them faster. They are also adept at invading new areas by hitching a ride in air and road freight, or simply inside passenger vehicles. In the last few years, the occasional toad has even shown up on the New England Tableland in Armidale; but whether this tropical animal could survive an Armidale winter is perhaps asking too much even of this very adaptable invader. Nevertheless, be on the lookout and report any toads you see in the area!

The UNE Natural History Museum has several specimens of toads; our specimen of the month shows a few of these to demonstrate the size range of adult animals.