Posted at 11:55h in Specimen of the month by verso 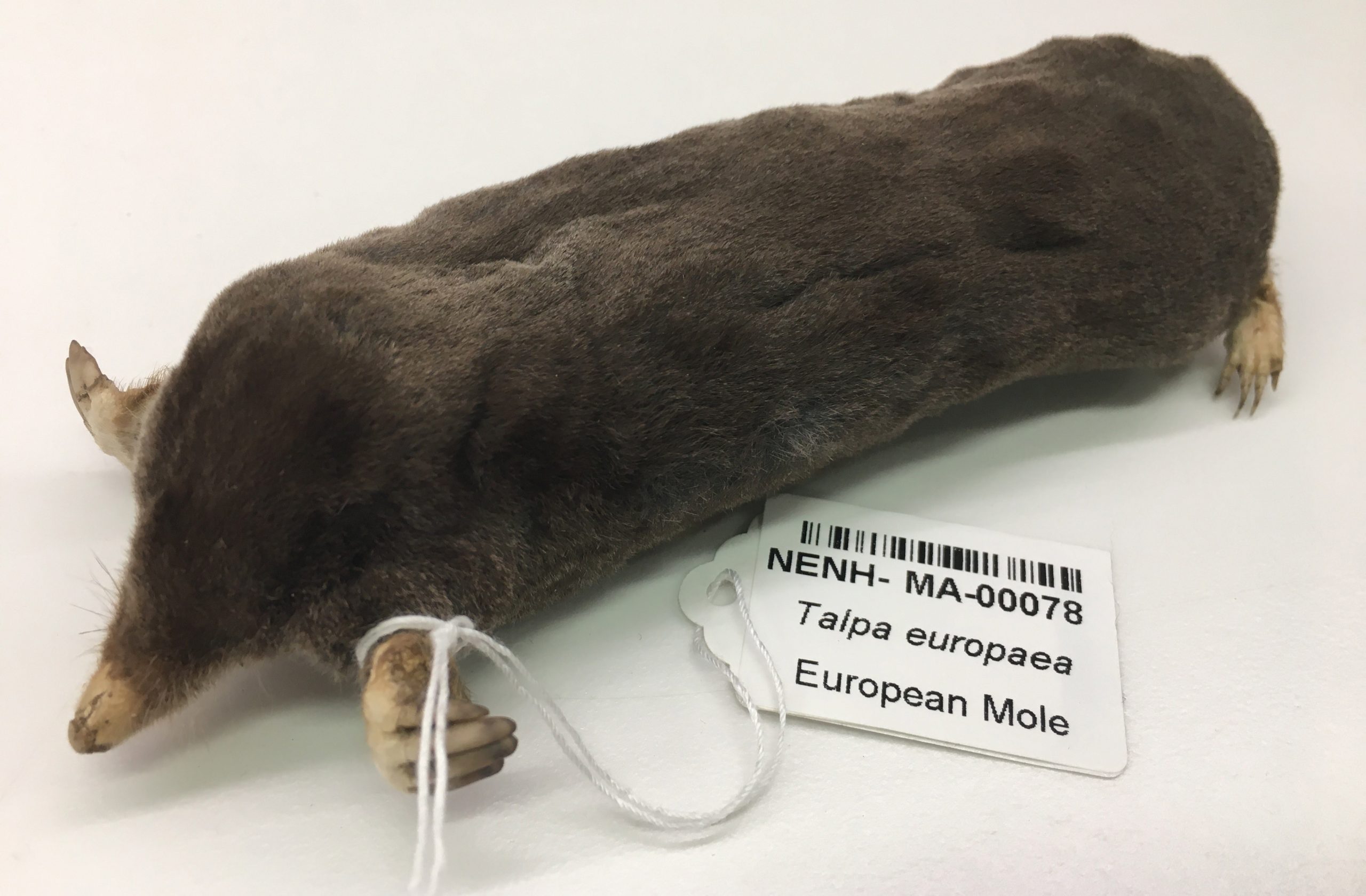 This month’s Specimen of the Month has been written by our keen intern, Charlotte Lewis. Charlotte joined us in the museum as part of the UNE GRASS Industry Placement Scholarship in January 2021.

This month’s UNE Natural History Museum’s specimen of the Month is the European Mole (Talpa europea). European moles are small burrowing or ‘fossorial’ mammals that live across most of Europe, commonly in England, Wales and Scotland. Their distribution extends from Britain east to central Russia, north to southern Sweden and Norway, and south into northern Spain. These moles have small eyes that are hidden behind fur, and their ears are just small ridges within their skin. Their size ranges from 5-20cm in length, with a weight range of 60g-120g. European moles are well adapted to life underground. These moles prefer to live in habitats where there is deep soil that allows them to dig their tunnel system, which is constantly being extended as the moles hunt for their prey. The diet consists mainly of earthworms, but also insects, centipedes and even mice. European moles inhabit meadows, pastures, gardens, and parks. Their forelegs are short but sturdy and equipped with wide claws that allow them to dig underground. European moles help to aerate and loosen the soil structure, subsequently promoting plant growth.  They typically live less than a year, although they can live to three years in the wild. Luckily, there are no major threats to the European mole at present. However, in some areas, moles are persecuted as a pest. The European mole can produce three to four naked babies in a typical breeding season (spring). We have a few other mole species in the Museum collection, including the Eastern American mole, and the spectacular star-nosed mole.