Posted at 02:12h in Specimen of the month, UNE Research, Zoology by verso 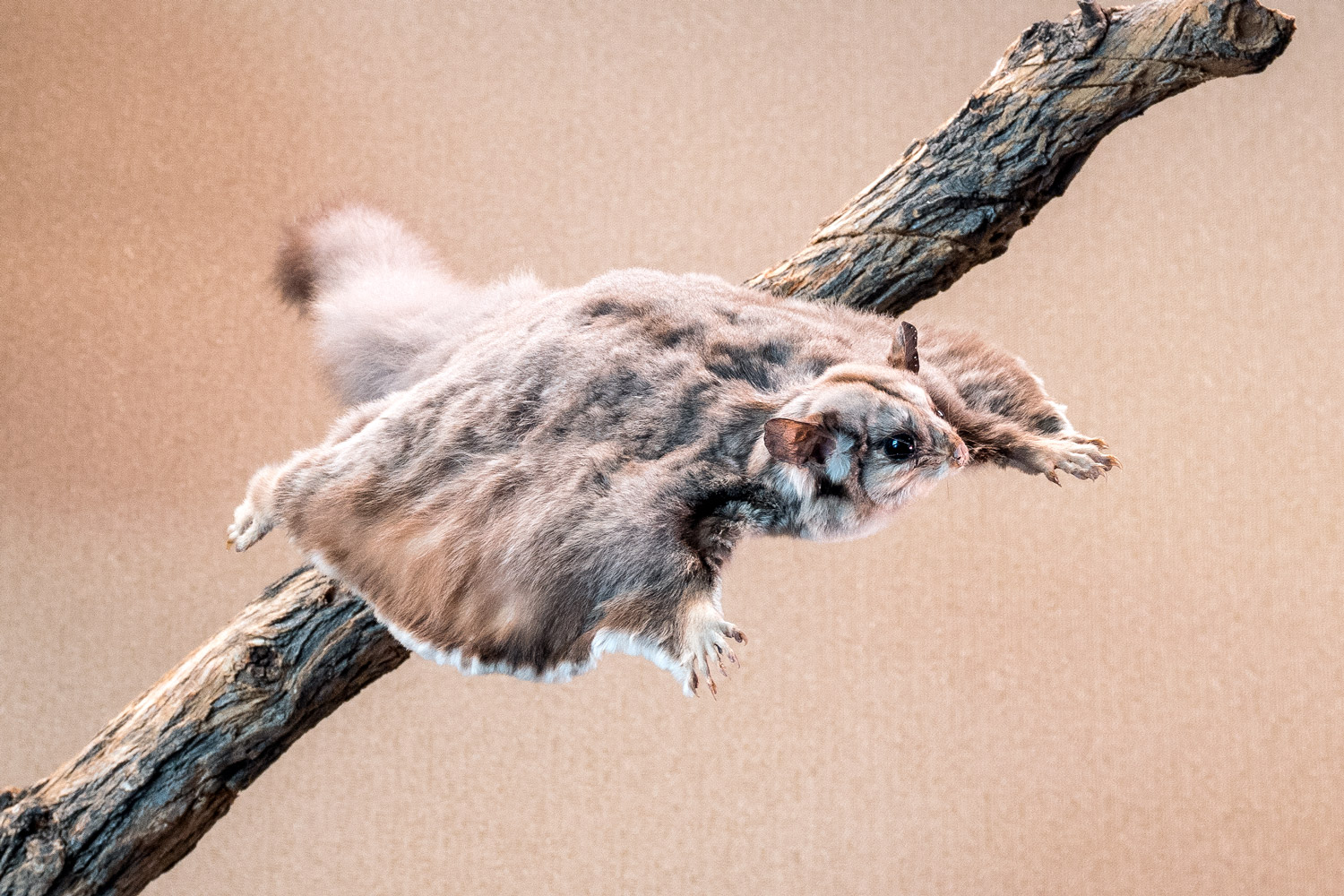 All but the Yellow-bellied Glider can be seen here in the Museum – can you find them when you visit?

Gliding in mammals has evolved six times, and three of these evolutionary events can be seen among New England Gliders. Sugar and Squirrel Gliders are ‘wrist-winged’ Gliders, because the gliding membrane called ‘patagium’, is attached to the forearm at the wrist. Greater Gliders have an elbow attachment, while the tiny Feather-tailed Glider has ‘elbow and knee’ attachment points. The smaller gliders are sap and nectar feeders, while the Greater Glider is a leaf-eater. Gliding helps all of these possums move efficiently through the forest in search of food.