Posted at 10:27h in Specimen of the month by verso 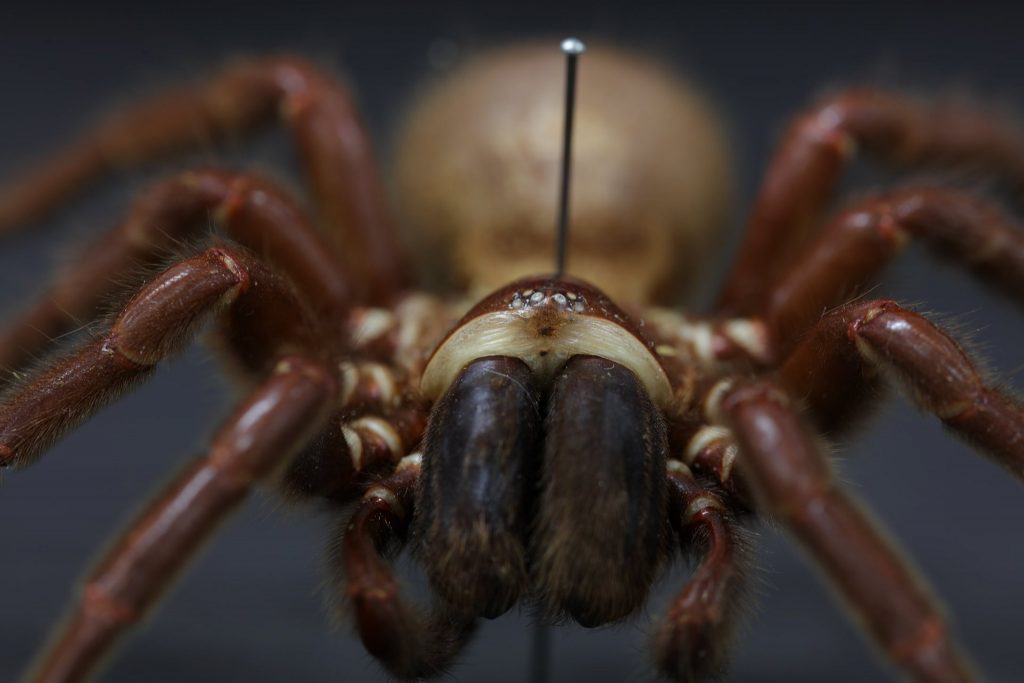 The next in the UNE Natural History Museum ‘Lockdown Specimen of the Day’ is the Northern tree-dwelling funnel-web spider (Hadronyche formidabilis).
Big, hairy and scary, and with venom to match its fierceness, the name ‘formidabilis’ was well chosen for this impressive spider that rears up to display its fangs when confronted. They’re not bluffing either – their venom is similar to the related Sydney funnel-web spider and potentially deadly to humans. Although the Sydney funnel-web is arguably more famous, the northern tree-dwelling version is the biggest of the funnel-web spiders (up to 5cm long), and probably delivers more venom and is likely just as deadly as its Sydney cousin. Northern tree-dwelling funnel-web spiders live mainly in tree hollows and rotting cavities where they prey on large invertebrates, and small vertebrates like skinks. Found from SE Queensland to the Hunter River, Armidale is right in the middle of their distribution. We have several specimens in the Museum; all as life-like and formidable-looking as the living animal.
Share
Print page
109 Likes