Posted at 10:32h in Specimen of the month by verso 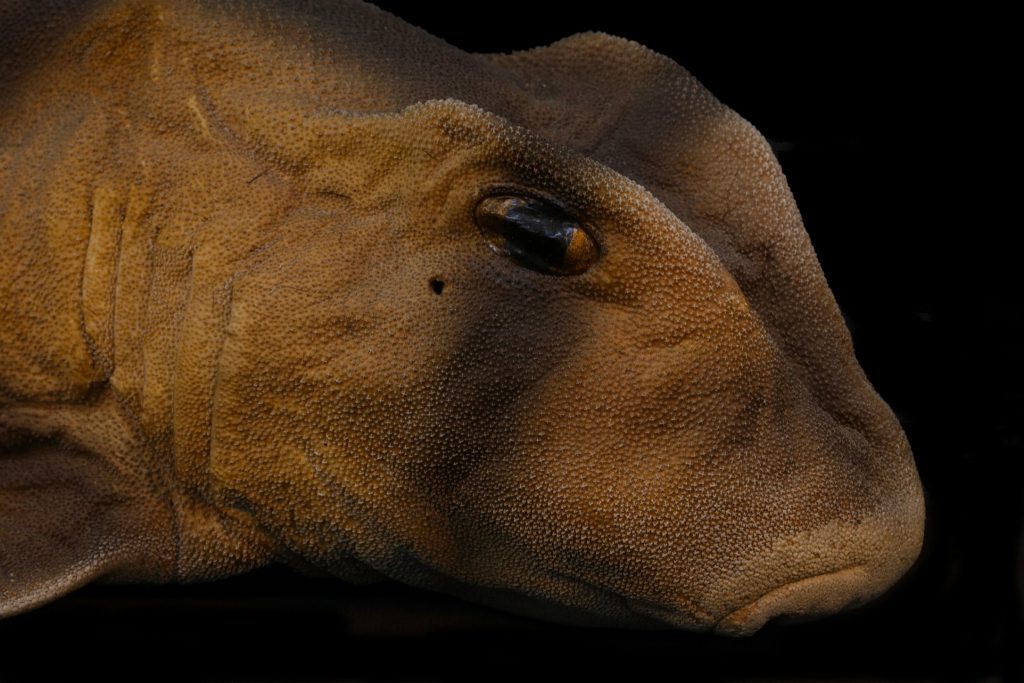 This distinctive-looking little shark, with a black face bands and saddle-like body markings is native to Australian waters. It grows to 1.6-m in length, but is harmless to humans – a man bitten in 2011 in Victoria was able to continue swimming and wander from the water with the shark clamped to his leg! (Understandably, it didn’t make the shark attack statistics for that year). Its teeth are broad and flat for crushing molluscs, sea urchins, and crustaceans. Despite its name, the Port Jackson shark – originally described from an animal collected by Governor Arthur Phillip in 1789 – occurs in temperate coastal Australian waters from southern Queensland to Western Australia. We have just one specimen of the Port Jackson shark in the UNE Natural History Museum, a freeze-dried animal, shown here, used mostly for teaching purposes.
Share
Print page
107 Likes