Posted at 10:24h in Natural world news, Zoology by verso 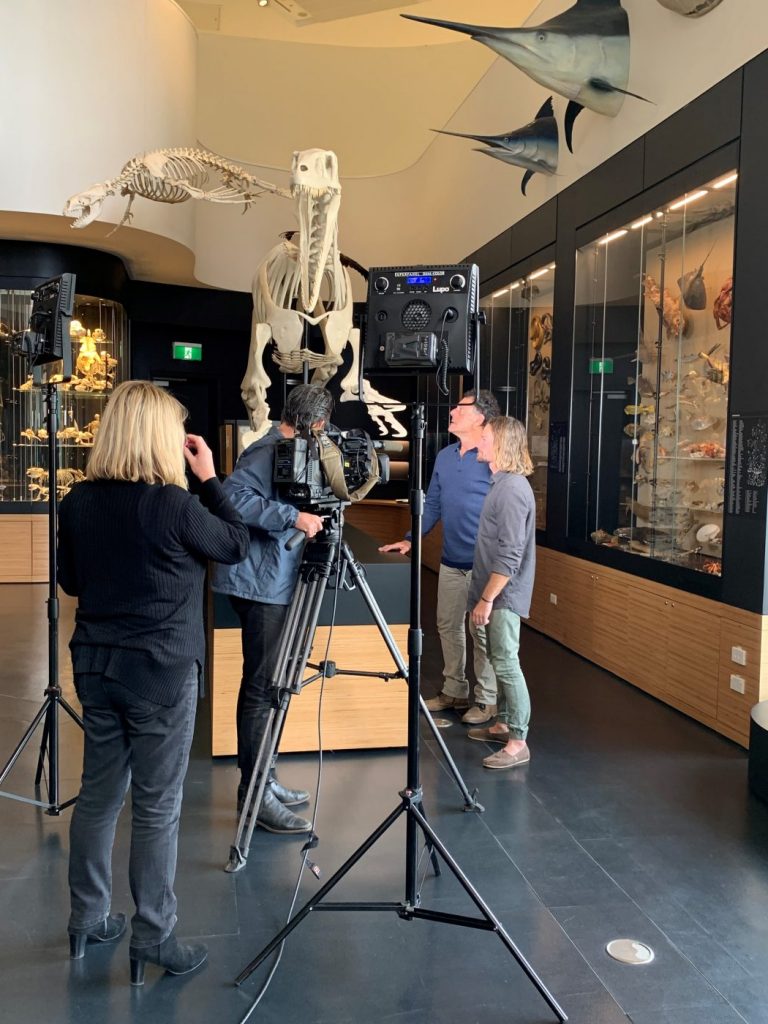 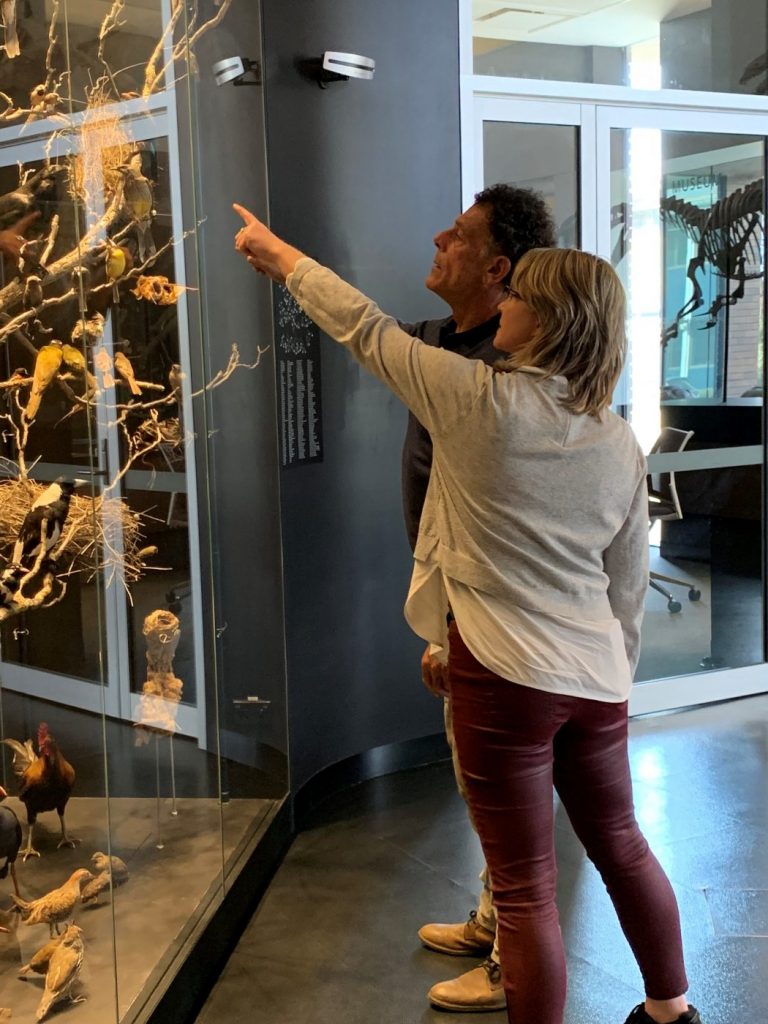 On the 14 May 2019, the crew from the “Sydney Weekender” television show visited Armidale. The show is hosted by Mike Whitney, all round good guy, tv personality and former Australian Cricketer. He thought our town was a rather cracking place.

The crew filmed quite a few segments around the UNE campus showcasing Boolominbah, a ride on ARDI (the driverless bus trial) and spent quite some time in the Natural History Museum.

Mike spoke to Dr Phil Bell, one of UNE’s paleontologists who discovered “Lightning Claw”, Australia’s largest carnivorous dinosaur. They talked about the museum, Phil’s work and the Lightning Claw skeleton, which is a feature in the museum and made a great back drop to the segment.

The Sydney Weekender crew were also invited to check out the backroom area of the museum, a special place that is not open to the public. Museum backrooms house specimens of plants, animals, fossils, minerals, rocks and other artefacts that are used for research, storage, conservation, reference and generally contain a larger percentage of a museum’s collection than what you see in the ‘front room’, which is the public display area. UNE’s Natural History Museum is no different. 5% of the total UNE collection in zoology, botany and geology is on display and in the Natural History Museum. In addition to the collection in the museum backroom, the botany collection is also housed in the NCW Beadle Herbarium.

The Sydney Weekender team give you a sneak peek into the backroom at UNE’s NHM.  You’ll see UNE’s Dr Kirsti Abbott, Program Leader for UNE Discovery, giving Mike a short lesson in insect pinning before he pins his very own dung beetle!

The show went to air on Sunday 16 June 2019 but if you missed it, you can click on the link below. If you haven’t visited UNE or it’s been a while, come and visit the museum where you’ll find an impressive sample of our library of life.