Posted at 16:29h in Specimen of the month, Zoology by verso 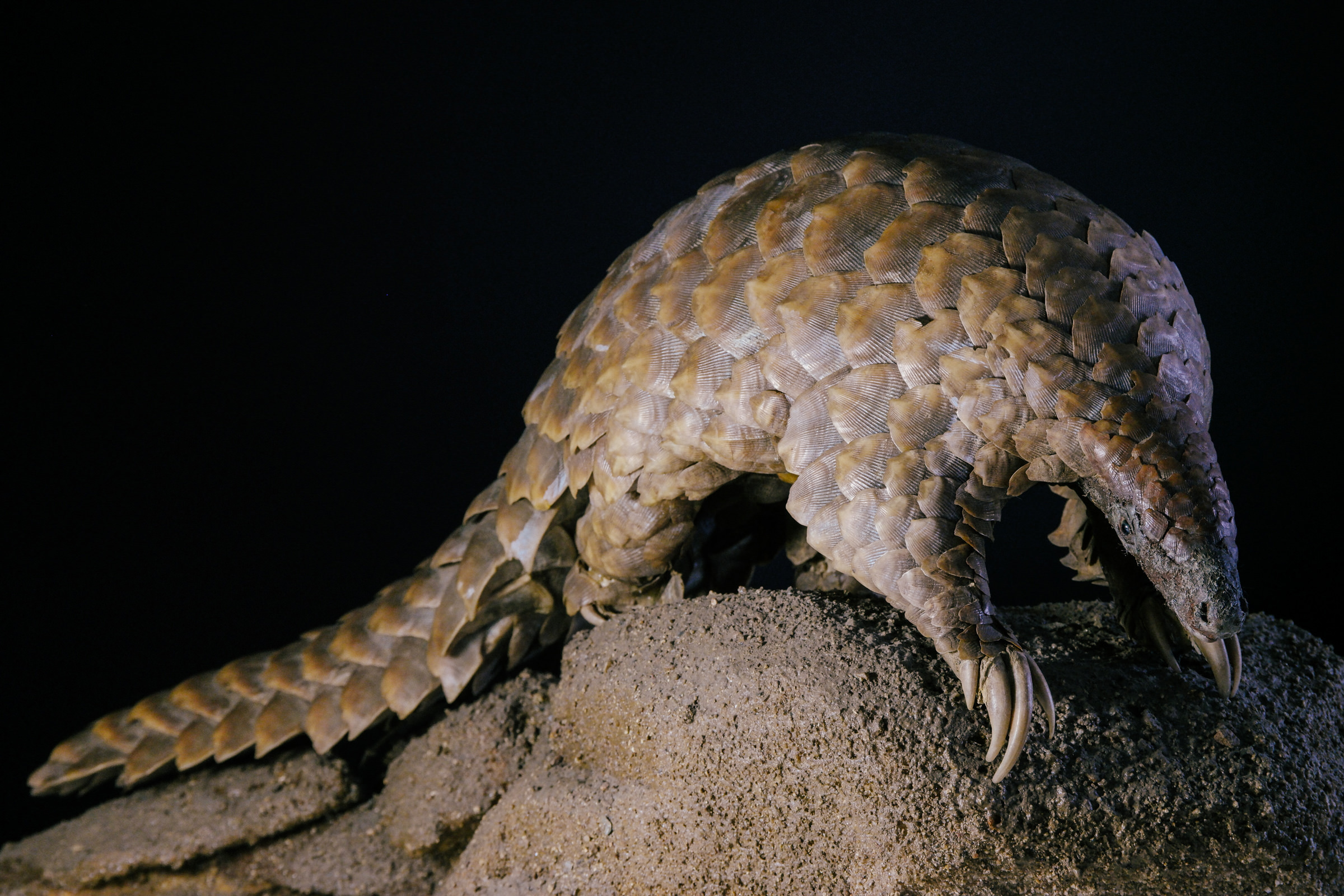 If your image of a typical mammal is a vertebrate animal that feeds it young milk and is covered with hair, then the pangolin appears to be a square peg that just won’t fit in that round hole! Pangolins are one of the most curious looking of mammals, rather than being resplendently hirsute or fabulously furry, the pangolins – 8 species in all – are covered head to toe (and tail) with scales made of keratin. So different are the pangolins to all other mammals that they find themselves in their own order – the Pholidota – a name derived from Greek and meaning ‘horny scale’.

Pangolin scales have sharp edges and together form a protective barrier to ward off predators, which is particularly useful when everything wants to eat you. Pangolin meat is apparently delicious, and lions, tigers, leopards and practically every other large predator across their range that spans from Africa to Asia wants a bite. Pangolins can also roll themselves into a ball for added protection (the name pangolin comes from a Malay word meaning ‘one who rolls up’), and if being a sharp scaly ball isn’t enough, pangolins also produce a strong and unpleasant odour when disturbed, similar to that of a skunk. Pangolins themselves are anteaters, using their sharp claws to tear into termite mounds and their long sticky tongue to lick them up. Temminck’s Ground Pangolin, as the name suggests, finds its food on the ground, but other pangolins are arboreal, and climb into the forest canopy in search of food.

Sadly, humans also find pangolins delicious, and Temminck’s Ground Pangolin is hunted throughout its range, that still includes a large part of sub-Saharan Africa. In some regions the scales are also considered to have medicinal properties – but of course they don’t – being made of exactly the same stuff as your fingernails. On account of threats from overhunting, illegal trafficking, and also habitat loss, all pangolin species are threatened with extinction. In fact, pangolins bear the sad statistic of being the most trafficked animal in the world with over one million pangolins having been illegally trafficked over the past decade. The most threatened pangolins are those that occur in Asia, where some believe pangolin scales can cure everything from cancer to an upset stomach. Although governments and conservation agencies are working to curb the trade, there are still sickeningly high numbers of pangolins illegally traded each year. Do what you can to spread the word about the plight of these unique little mammals, so that in years to come Natural History museums are not the only place you can marvel at a pangolin.