Posted at 10:42h in Specimen of the month by verso 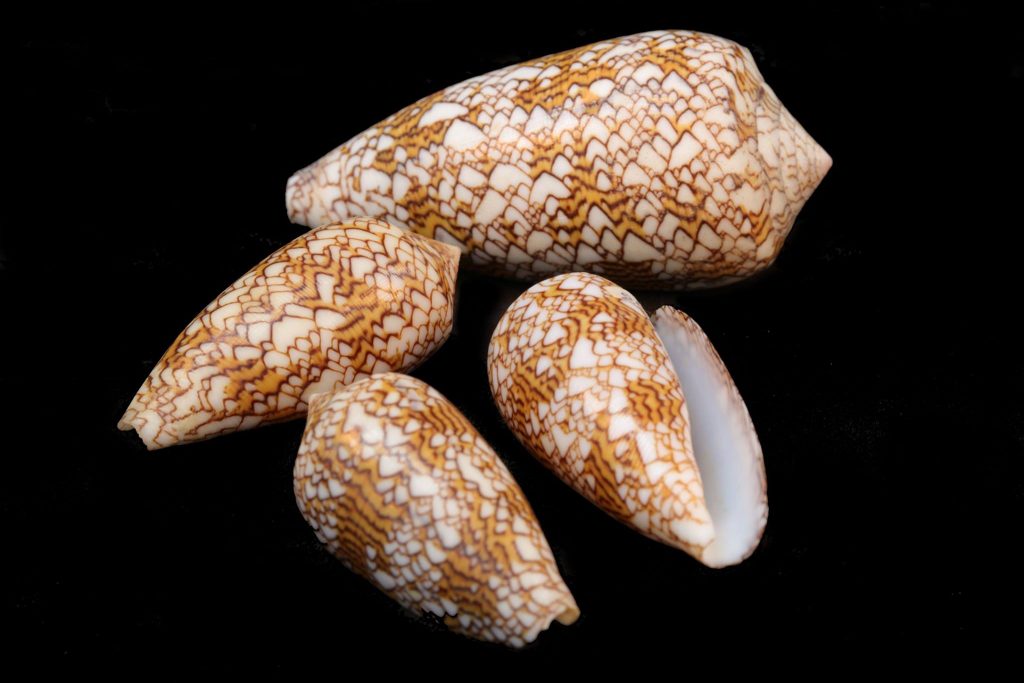 Don’t be fooled (did you see what I did there?) by the beauty of the textile cone – like all cone snails, they are predatory, using their harpoon-like radula to pierce their prey – mostly other snails – immobilising them with an injection of powerful venom. There have been dozens of reported human deaths from cone snails, with the victim receiving little pain because the venom also contains an analgesic. A common name in some places is ‘cigarette snail’ – because you’ve got about enough time to smoke a cigarette before you die. This specimen from the Solomon Islands is part of a large collection of approximately 2000 cone snails from many different species, collected throughout the Indo-Pacific in the 1950s and 1960s by John R. Marshall, an amateur collector who donated his collection to the UNE NHM.
Share
Print page
107 Likes