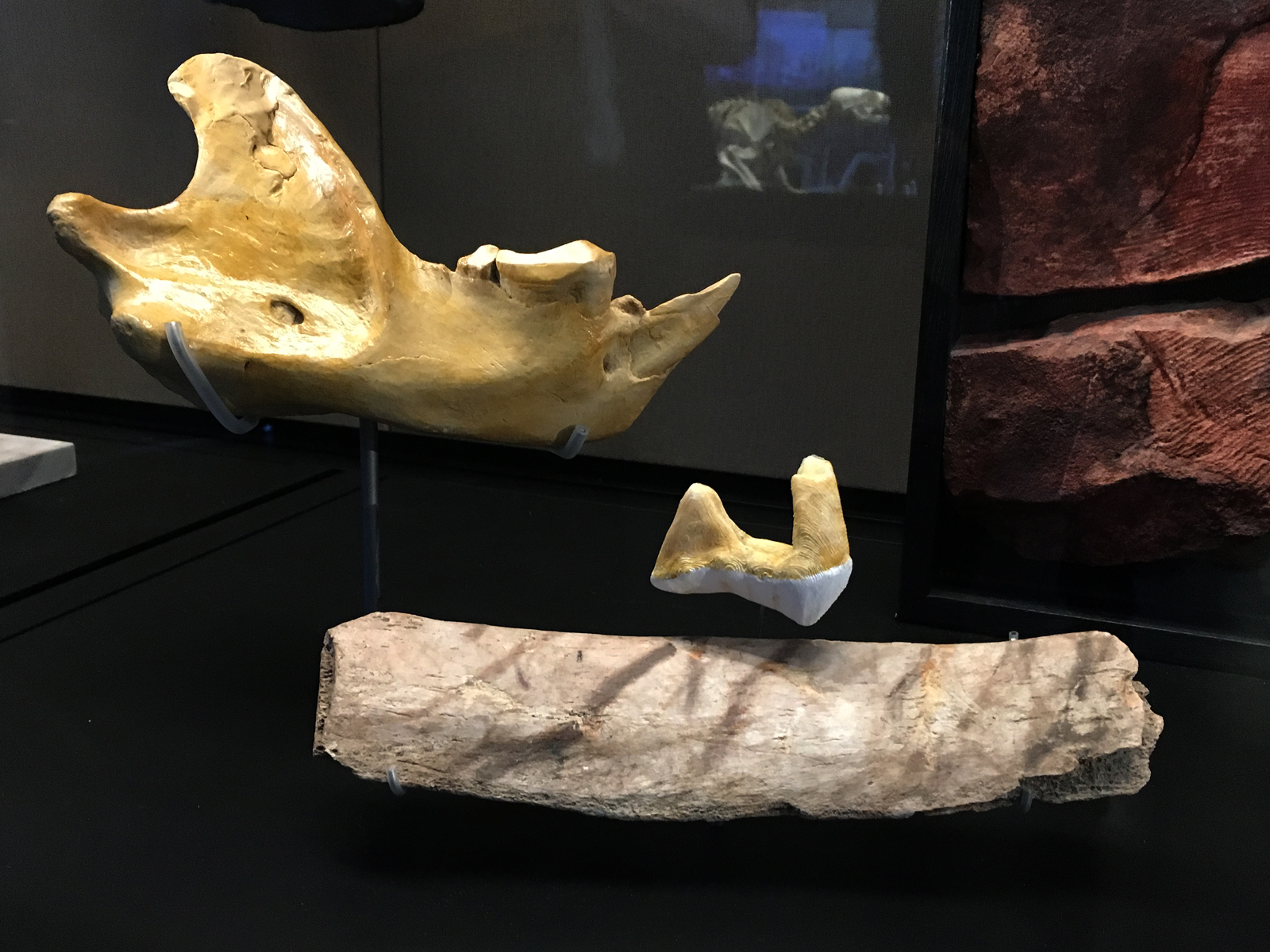 20 Aug Who became dinner to the marsupial lion?

Posted at 13:59h in Geology, Palaeoscience, Specimen of the month, UNE Research by Discovery

Look closely and you’ll notice a number of faint cuts and pits across the surface of this rib bone. This rib belongs to a Diprotodon, an extinct rhino-sized relative of today’s wombats that lived during the Pleistocene (0.1–2 million years ago)

The marks on this rib match exactly the size and shape of the tooth from a Thylacoleo – Australia’s marsupial lion. The menacing teeth of Thylacoleo were assumed to be for cutting flesh; however, this and other bones discovered in 1980 near Glen Innes, was the first direct evidence of its predatory behavior.

While some animals survive predator attacks, this Diprotodon did not. We don’t know if the Thylacoleo killed and ate the Diprotodon or if it scavenged meat from a decaying carcass, but scientists can tell roughly when the marks were made. Because there is no sign of healing, such as you might expect when you break a bone, the bites were inflicted either at or after the time of death. ​